The kingdom wants to avoid turning the pilgrimage into a “super-spreader event”Jul 27th 2020DEFYING PESTILENCE, war and earthquakes, Muslims have ma 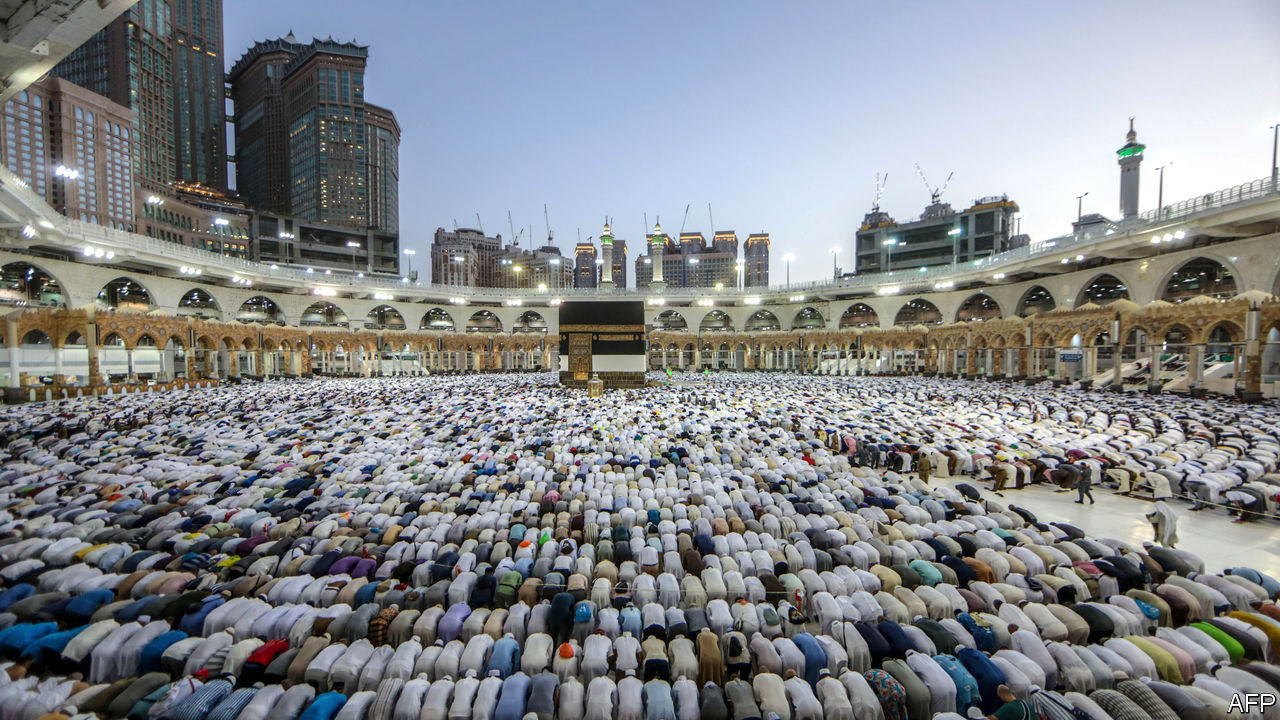 DEFYING PESTILENCE, war and earthquakes, Muslims have made the annual pilgrimage to the holy city of Mecca for 14 centuries. The ritual attracts millions of the faithful from around the world. But not this year. To halt the spread of covid-19, Saudi Arabia has restricted participation in the haj, which begins on July 28th. Reports say only between 1,000 and 10,000 people, who are already in the kingdom, will take part. Historians searching for a comparable disruption hark back a millennium to the year 930, when the Qarmatians, a revolutionary Shia sect, pillaged Mecca and stole the sacred Black Stone.

The decision to curtail access to one of Islam’s five pillars could not have been easy for Saudi Arabia. King Salman, like his predecessors, prides himself on the kingdom’s jurisdiction over Mecca, which allows him to claim leadership of the Muslim world. His titles include “custodian of the two holy mosques”, referring to the Grand Mosque in Mecca and the Prophet’s Mosque in Medina. But a normal haj risked becoming a “super-spreader event” for the kingdom—and the world.

Saudi Arabia, with a population of 35m, has had about 265,000 confirmed cases of covid-19 and just over 2,700 deaths. New cases, after spiking in June, have been decreasing of late (see chart). The haj, though,…